Genomics of ecological polymorphism in a marine fish group 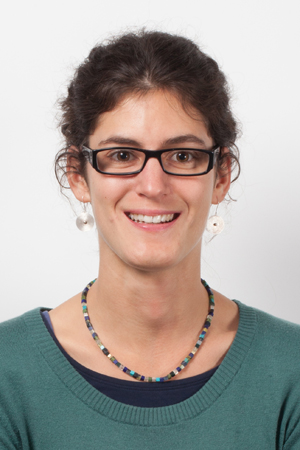 postdoc in the Biodiversity Dynamics group, advisors are both Ole Seehausen and Laurent Excoffier

My main interests are in speciation, adaptive radiation and evolutionary genomics. I would like to understand what factors constrain or facilitate speciation and what factors maintain biodiversity. These factors may include different ecological or geographical conditions, patterns of gene flow, mate preferences, genetic incompatibilities or demographic events. I am also very interested in the role of hybridization in the generation and loss of species diversity.

African cichlids are an ideal system as they have undergone rapid adaptive radiations in several lakes and show an incredibly high species diversity. There are many replicate cases of adaptation and speciation that can be used for comparisons to draw more general conclusions. We focus mainly on the cichlids in Lake Victoria and nearby lakes. In Lake Victoria, 500 species evolved in only ~15'000 years, implying an incredibly high speciation rate. The same cichlid lineage has also formed adaptive radiations in all other major lakes in the Lake Victoria Region. In each radiation, the species are adapted to different niches e.g. they may utilize different depth ranges or food sources such as algae, insect larvae in rock crevices, zooplankton, fish eggs, detritus, snails, or smaller fish. The young age of these species allows us to better disentangle processes involved in speciation from those acting after speciation is complete. The study of these processes is further aided by the availability of species pairs covering the entire continuum from weakly divergent populations to species with complete reproductive isolation.

Sticklebacks are another very interesting system with many replicate cases of parallel adaptive divergence. However, in strong contrast to the Lake Victoria cichlids, they usually only form up to two species in each lake adapted either to a benthic or limnetic niche. When cichlids and sticklebacks colonize a new lake, why do cichlids form dozens or even hundreds of specialized species, whereas sticklebacks do not speciate at all or only from two species? Studying these two systems in a comparative way will allow us to gain new insights into the capability and constraints of animal lineages to adapt and speciate in a new environment.

Next generation sequencing (NGS) technologies have revolutionized the field of evolutionary genetics. It is now possible to study genetic variation at a genome-wide level even in non-model organisms. During my PhD, I will use NGS for population genomics analyses with the aim to better understand the molecular basis of adaptive radiation and the role of hybridization in cichlids. To compare sticklebacks and cichlids, I collaborate with David Marques, who is studying similar evolutionary questions in sticklebacks.

Population genomics of adaptive radiation: Studying the genomic architecture of adaptation and speciation in African cichlids and sticklebacks